It is a sweltering hot southern summer in 1993 when a fisherman in rural South Carolina makes a gruesome discovery. He finds a body dumped on the edge of a murky, overgrown swamp in the woods just off a lonely country road. It’s an African American man–almost unrecognizable as a human–dumped in this isolated place, discarded like a piece of trash, until the fisherman stumbles upon his decomposing remains. A coroner determines the person had been shot once in the chest. Otherwise, there is no identification on the body and there are no missing person reports that fit the description of the dead man. The body is classified as a John Doe. 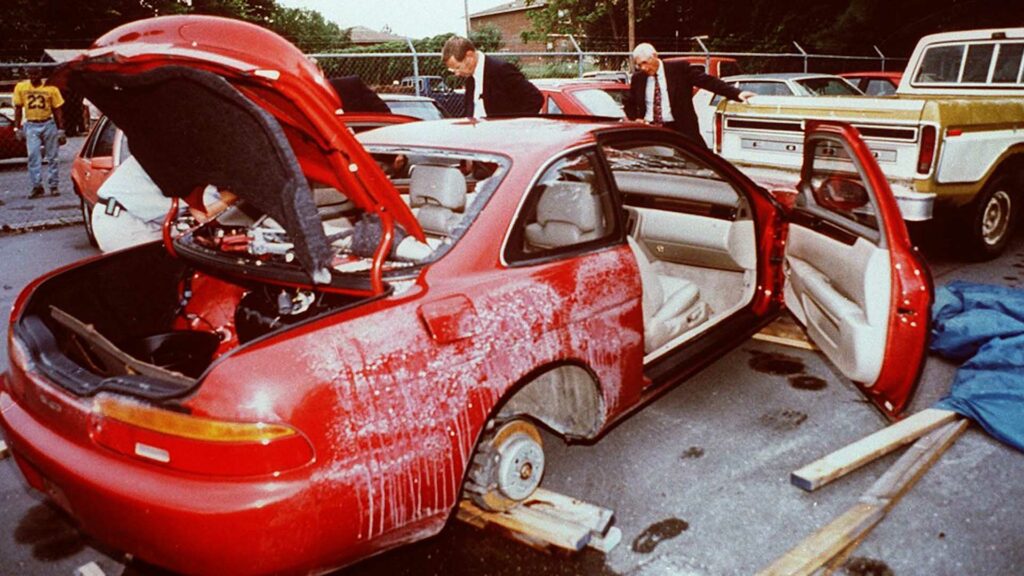 Michael Jordan’s car, driven by his father James Jordan, was found stripped and abandoned in a wooded area.

More than sixty miles away, in what at first appears to be an unrelated incident, a shiny red Lexus sports car with gold trim turns up in another wooded area—it’s discarded like the body–stripped, vandalized, left to be picked apart by anyone who might wander down the path. But as it turns out, it’s not just any fancy car. According to paperwork in the glove box, it’s Michael Jordan’s car. That’s THE Michael Jordan – the most famous basketball player on earth at the time. Michael had recently given the car to his father, James Jordan, as a gift.

Immediately, police start connecting the dots and they find out that Michael Jordan’s dad, James Jordan, is missing. But here’s the thing, he’s not missing. Remember that John Doe found in the swamp? Dental records and fingerprints confirm the body is that of James Jordan. With this grim announcement, the public mourns along with the Jordan family when they find out the father of the beloved sports icon is dead, and not just dead, murdered. 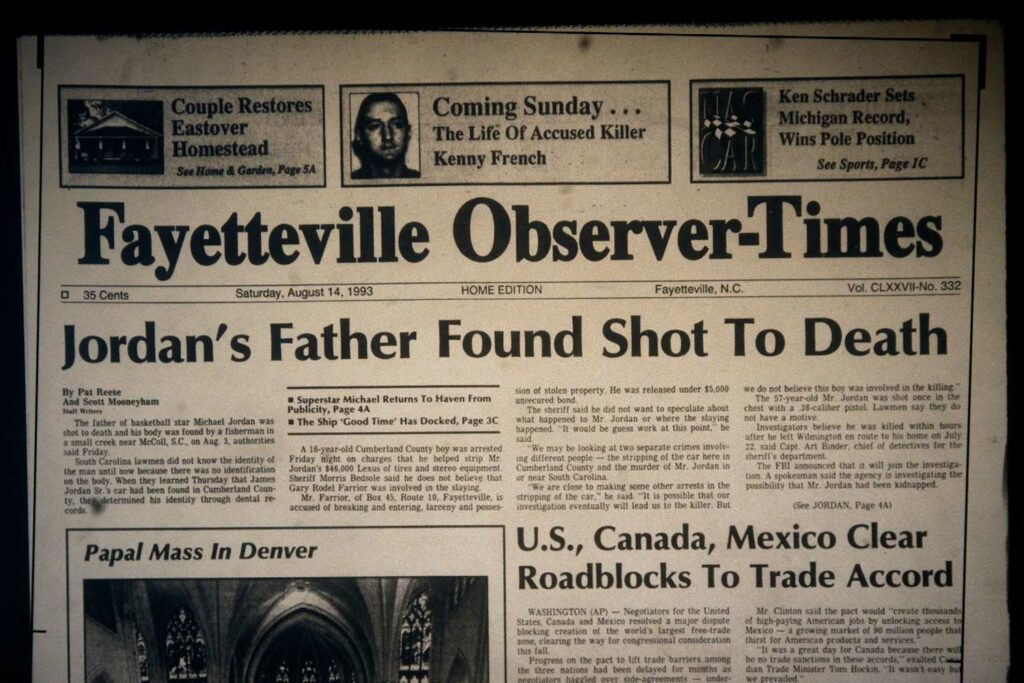 This is a case that needs to be solved quickly. Investigators from multiple agencies spread out and ramp up their efforts to arrest James Jordan’s killer or killers. They’re doing it for the community, for the Jordan family and for fans around the world demanding justice.

It turns out to be the perfect storm—two 18-year-old men with criminal records are identified and arrested within a few days after they’re connected to Michael Jordan’s car.

In episode one of the true crime podcast Follow The Truth, we examine how this investigation unfolded and look at whether or not Daniel Andre Green, the man who still maintains his innocence to this day, could possibly get a fair shake given the specter of celebrity that has forever shrouded this case.